Angela Duckworth has been someone I have followed for a long time. She appears fairly regularly on a favorite podcast of mine, Freakonomics. Her book, Grit, takes a deep dive into what grit is, why it is important, how it is so powerful, and how to build it. While I intend on taking a deeper look into Grit here soon, I felt that all the talk about the challenges that leaders can face, how so many people are unhappy at work, about the importance of happiness in the workplace, and how being happy requires effort, it was important to look at how to build that mental toughness when it comes to your happiness. 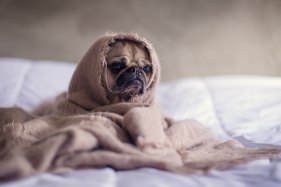 Photo by Matthew Henry on Unsplash

We already know that leaders are faced with many challenges. Lee Cockrell mentioned in his interview that we covered in the last post about how leaders need to be prepared to handle disappointment and be able to push on. But one thing we know is that many people struggle to push on and that disappointment hits people really hard. What can we do to fight through?

First, I want to take a moment to look at Angela Duckworth’s definition of grit. Grit is the passion and perseverance for especially long-term goals. This single trait is more of a determinant of success than talent or skills in a wide variety of fields that she has tested, from West Point Cadets to violinists to athletes to business people. Grit is what allows people to push through failures, to continue to pursue excellence for a long period of time, and to put in the effort required to get to the proverbial promised land.

Clearly Grit matters. However, building grit is no easy task. As my dad would say, if it were easy, everyone would do it. How can we go about building grit?

My parents pushed me to participate in sports at a young age and once I found a love for sports, I could choose any sport(s) that I wanted to compete in but there was one caveat. No quitting. If I made a commitment to my team, I had to see that through. There were only a couple times as a kid that I really wanted to quit but one was during my one and only season playing soccer. 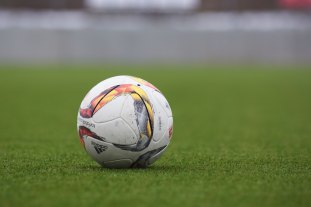 Photo by Peter Glaser on Unsplash

I decided to play soccer too late to join any of my friend’s teams so I ended up with a bunch of kids I didn’t know. Being exceedingly shy as an 8 or 9-year-old, I struggled to make friends on the team where there were already clear friendships in place. Not only that, but these kids had all played soccer before and had an understanding of how the game was played, what positions were the ‘cool’ positions, and how each of them fit in on this team.

I had originally decided to play soccer because I loved to run but I ended up being a defender on a pretty good team. This meant I spent a lot of games kicking around chunks of freshly mowed grass and not running around. I didn’t understand the game and didn’t understand how to fit in with the team so I found the game boring. I remember wanting to quit on one particularly rough day where I got a yellow card when the ball hit my upper arm and I was called for a handball (I didn’t understand that your entire arm was off limits, not just your hands), and then I tripped and took a soccer ball off the face. I hated the game at that exact moment.

But my parents wouldn’t let me quit. My dad had a rule to never end on a bad day. If I wanted to quit soccer at the end of the season after getting a better understanding of the game and having some fun/success, that was one thing but I was never to quit when things were going bad.

Never quit in a valley. 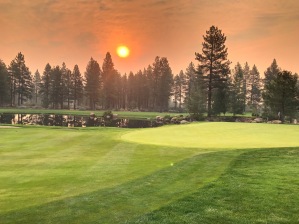 The sixth green at Montreaux Golf and Country Club

Golf, however, has long been a sport I have loved. While many find the sport boring, I love the time I get to spend outside with friends and family (or even by myself, on occasion) where I am focusing on a sport that is immensely challenging to really get good at. There are so many intricacies and things that require attention but at the same time, I could play as a kid. Not very well, mind you, but I could still spend time on the course with my dad. Now, I love getting to go on a course, spend some time working on a craft that I enjoy (still not all that good at it yet). I am passionate about the sport. Even on days where everything goes wrong, I still enjoy the game.

Golf is still an incredibly frustrating game. There is a reason that a quote that seemingly all my friends know about golf is that it is a good walk spoiled. Another important thing to know when building your grit is to understand that frustration, disappointment, and struggle are all ‘par for the course’. That being said, a growth mindset is important. Just because you are not good at something today does not mean you can’t be good at it with time and effort.

Frustration, challenge, disappointment are all par for the course. Keep Pushing.

Failure happens. Failure is a great learning tool. I have watched a great film on the TransPac sailboat race (a race from California to Hawaii) and at the end of the movie, Graham Brant-Zawadzki says

The part of this I really like is that failure is when you are pushed out of your comfort zone and those are the days that you grow. Failure happens, so learn from it, don’t run from it.

Failure is not the end, so learn from it.

Grit has many more great lessons and takeaways but we know that being happy requires effort and that effort is going to be tough. You will experience disappointment, you will experience failure, but those experiences provide you with an opportunity to learn, to grow, to become better. The above lessons can help you build your grit and fight through the tough times. There is an internet full of platitudes I could toss in here but ultimately, you have to push through to pursue your passions and happiness is no different. Work hard on being happy, understand how gratitude can help your happiness, be flexible, experiment- whatever you do, don’t settle.

Which of these lessons is speaks to you? Let me know in the comments below!

One thought on “Grit and Happiness”

Welcome to my blog! I'm excited you are here to join on my journey to finding better leadership. Hopefully you find what you are looking for. Let me know what you think!